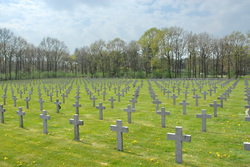 KEY TERMS: Balkans/Imperialism/Reparations/Panslavism/14 points/League of Nations/
THE PEOPLE: Woodrow Wilson/Kaiser Wilhelm/Georges Clemenceau/David Lloyd George/ Vittorio Orlando/Franz Ferdinand/ "Black Jack" Pershing
Key Concepts:Militarism was on the rise across Europe/ Great Britain lends money to Russia to gain a needed ally./ Germans building a navy to compete with Great Britain.  Balkans were a flash point to war as countries were pursuing Imperialistic policies. They were looking for a "united slavic nation"=PAN SLAVISM
Russia would withdraw eventually because of a Communist revolution. They would be replaced by the US
Gruesome Toll: Battle of Verdun= 680,000 dead or wounded/Gallipoli disaster for the Allies.
Germany would be severely punished with reparations that would handicap any economic recovery.
I. IMPERIALISM>>>rivalries>>>intensifies =military build up.
II. ALLIANCE BUILDING: Bismarck wants to isolate France and forms the Triple Alliance. ( Germany-Austria-Italy)
A. France panics and seeks allies. Russia in need of cash, France trades cash for an Alliance!
B.  Serbia is seeking an outlet to the sea. Russia supports this, but Austria refuses to allow it.
III. Ottoman Empire: Crumbling. other countries scrambling for her territories.
IV. Assassination: Franz Ferdinand killed in Sarajevo by the "Black Hand". Austria issues ultimatum.>>>attacks 7/28/14.
V. NEW WEAPONS: Machine Gun-Tank-U boats-submarines-grenades-shrapnel>> TRENCH WARFARE
VI. US ENTERS: Russia sues for peace, Zimmerman Note and Lusitania swing American opinion towards war.

Extra Credit Alert*** Make a graph of casualties from a specific battle. ( Like the Somme ) or the Marne. Battle of Verdun. It must be in color with wounded, dead, missing. OR make a before and after map of Europe. (20)